← more from
Cinematic Music Group
Get fresh music recommendations delivered to your inbox every Friday. 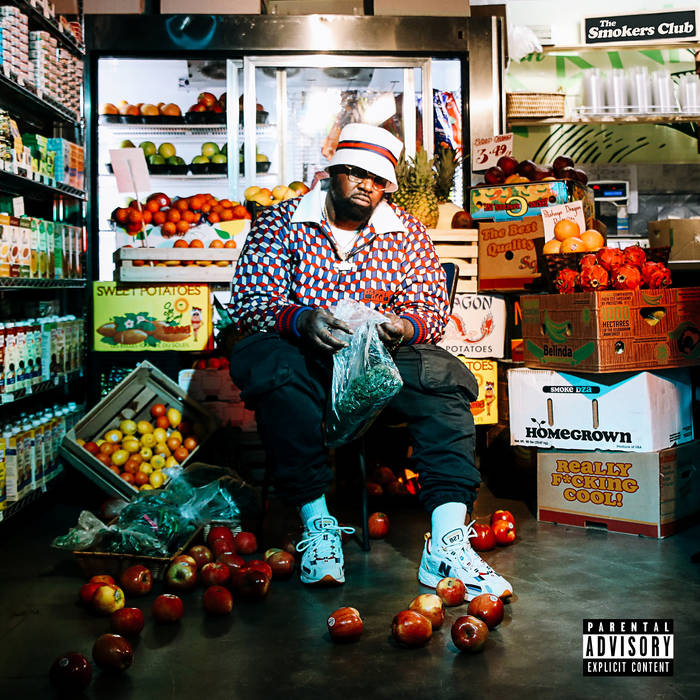 spaceysissick any idea of shipping this wax? awesome album

dragon252 awesome album, still waiting for it to come in the mail though!

Lars Gotrich Smoke's flow sends me straight to the boroughs, hitting up bodegas for tall boys and chopped cheese, maybe a bottle of something fancy for later that night. Favorite track: Hibachi feat. Flipp Dinero, Jadakiss.

Harlem native Smoke DZA’s rise to fame is a masterclass in brick by brick career architecture. The framework that has served as DZA's foundation was laid in 2007 when he became the first in a long line of acclaimed recording artists to sign with Cinematic Music Group. With a discography of over 30 independently released projects via Cinematic since 2009, his catalogue to date rivals those of many of his contemporaries from the same era whose commercial successes tethered to major label stakings. Found across DZA’s robust selection of full-length studio albums, mixtape and EP offerings are collaborations with Kendrick Lamar, A$AP Rocky, Wiz Khalifa, Action Bronson, Ty Dolla $ign, Rick Ross, ScHoolboy Q, Cam’ron, Wale, among many others.

Ever the early adopter, Smoke DZA is equal parts prolific musician and revered entrepreneur having co-founded internationally renowned lifestyle brand The Smoker’s Club in 2010 with business partner, Jonnyshipes. Evolving from humble beginnings as a modest outfit of like-minded collaborators on the midsize touring circuit a decade ago, The Smoker’s Club has grown into an annual festival that has featured headlining acts such as Kid Cudi, Wiz Khalifa, Lil Uzi Vert, Mac Miller, 2 Chainz, Lil Pump, and Curren$y, while also cementing its place as one of the world’s most premier stoner brands.

Described as, “the East Coast Snoop Dogg,” by fellow New York hip hop icon N.O.R.E, DZA’s proven dexterity as a brand builder and vivid storyteller have cemented his place as a gatekeeper for the City, both in and out of the booth. “I haven’t gotten writer’s block in so many years, because I live so much. Experiencing what I get to experience daily, it’s easier to create. I’m inspired,” he says, a testament to the fruits of multi-faceted labor extending well into a second decade.

Smoke DZA’s forthcoming album, Homegrown, brings it back to his roots. As a staple in NYC and the weed community, the release celebrates both and speaks to the correlation that exists between DZA and your neighborhood grocer.

Bandcamp Daily  your guide to the world of Bandcamp

Nightmares on Wax and Bremer McCoy stop by with their sublime new LPs.